THE CONSTIPATION
"A SYMPTOM TOO FREQUENTLY BANALIZED"

Long considered a fatality, constipation should not be neglected.
A better knowledge of the functioning of the intestine has made real progress in the management of this chronic condition that seriously affects the quality of life of patients who have it.

Constipation affects about 20% of the general population, 3 times more women than men and its treatment poses a real problem of self-medication.
Indeed 53% of constipated patients have never consulted. Every day thousands of laxatives, tablets, powder, herbal tea are consumed under the advice of a doctor or pharmacist.
These patients put themselves unnecessarily in danger and moreover 2/3 are not satisfied with the result.

Constipation: a transit issue, but not only

Constipation recognizes two main mechanisms that are progression disorders and evacuation disorders.
Progression disorders explain what is called transit constipation. Slowing colonic transit affects all areas of the colon (right colon, left colon or rectosigmoid). A transit too slow will have the effect of drying out the stools which will be harder and more difficult to evacuate. The frequency of stool will therefore decrease and often reduce to less than 3 stools per week.

Distal constipation: a problem of exoneration

Evacuation disorders are consecutive to abnormalities of the exoneration function.
This type of constipation affects 25 to 30% of patients.

It is the rectum, the terminal part of the intestine which sends to the brain the signal of the need to go to the saddle. More precisely it is the distension of the rectum walls by the arrival of fecal matter which causes this sensation and this reflex of exoneration. It will allow the release and opening of the anal canal, cause abdominal thrust and emptying of the rectum.
But these complex and well-coordinated mechanisms are not always operational and effective. This is called distal or terminal constipation since the cause lies at the very end of the digestive tract. We also speak of dyschezia in a more scientific term.

How to identify distal or terminal constipation?

In practice, it translates as:
• Difficulties with the exoneration with feelings of blockage or incomplete emptying of the rectum
• Exceptionally long or multiple time exoneration
• Intensive and prolonged outbreaks
• Digital maneuvers or special positions to relieve themselves
• Difficulty wiping with the use of a large amount of toilet paper
• Dirt on underwear

Why do you suffer from distal or terminal constipation?

What can be done to treat distal constipation?

Lifestyle measures are recommended above all. They must be adapted individually:
• Relearn how to eat well by increasing high fiber foods. The main sources are cereals, green vegetables, fruits ...
• Drink enough
• Obliging yourself for regular physical activity
• Respect the feeling of need to go to the saddle

If this is not enough, you must:
• Improve the amount of stool to make it easier to evacuate with non-irritating oral laxatives (mucilage for example)

• Use local exonerative treatments that mimic the trigger mechanisms of the stool by increasing the pressure on the rectal wall (suppository with gas release).

• More exceptionally, the doctor will be able to offer a re-education of the reflex exonerator called biofeedback.

Too often ignored and poorly supported so-called distal or terminal excretion constipation also called dyschesia should not be trivialized.
It is disabling for patients who suffer from it and the pushing efforts that it causes can lead to injuries to the perineum and lead to stool incontinence.
It is all the more regrettable that there are effective treatments and that its management has been the subject of recommendations from the best specialists on the subject. 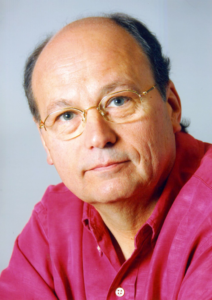